You are currently viewing our  waterplace providence location 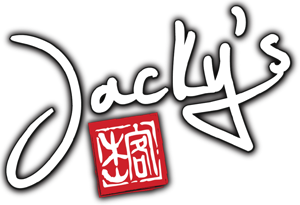 In 1996, Jacky and his wife Iris opened their first Galaxie Restaurant in North Providence, RI. A graduate of Johnson & Wales University with a Masters Degree in Business, his reputation was quickly established when his restaurant began to bring together many of the diversified Asian Cuisines. Jacky’s Galaxie was chosen bu Martin Yan and Flavor and Fortune magazine, the authority on Chinese culture dedicated to the art and science of Chinese Cuisine, as one of the top 100 restaurants in the Unites States for Pan Asian cuisine and healthy menu offerings.

Before long, customers were raving about the variety of choices, freshness of ingredients and the complexity of tastes in each dish at Jacky’s Restaurant. In 1998, Jacky opened his second restaurant in West Warwick, RI followed by another in Cumberland, RI in 2002.. In 2004, Jacky opened his first “East meets West” concept in Bristol, RI which, in addition to his now famous Pan Asian Cuisine, featured 3 large banquet rooms offering western style banquets as well as traditional and contemporary Asian Cuisine. A highlight of the Bristol restaurant was a beautify fifty seat sushi bar. Jacky’s sushi became so popular he soon introduced sushi into everyone of his locations.

Jacky’s Restaurant & Sushi Bar offers classic and contemporary Asian Cuisine including specialties from China, Japan, Thailand, Vietnam, Cambodia and beyond. Restyling traditional Szechwan, Hunan and Hong Kong style cuisines from a fresh perspective along with the ingenious marriage of Chinese culinary traditions, modern cooking techniques and presentation styles from the West, make for a unique and eclectic dining experience. Banquet Facilities are unique in blending Eastern and Western culinary traditions, resulting in innovative cuisine and a memorable experience for guests

Jacky, and his wife Iris, are committed to offering Asian cuisine prepared with care, detail and the finest quality, fresh ingredients. Along with national recognition as one of the Top 100 Asian Restaurants in the United States, Jacky’s Restaurant & Sushi Bar has been honored ten times with the well-deserved Rhode Island’s Best Award from Rhode Island Monthly.